Because I have two legs that can run, and that's what they know how to do.

This was my first run in over a month and only my third run in the last four months. I am three days late for the B.A.A. 5k and a day late for all of the memorial runs, but it was the first day I felt ready to run. It wasn't easy, and it hurt just a little bit, but every step reminded me of how grateful I am. And with every step, I thought of how terrifying running was Monday afternoon.

I ran wearing my B.A.A. shirt, and when the chaos clears from Copley Square, I will run the B.A.A. 5k course. Originally, I was running it for me, so I could say I did it, so I could complete the Distance Medley this year. Now, I will run it as my memorial run, and I will finish where it ended for three young people who didn't deserve the fate handed to them.

Today I ran. Because this is the only way I know how to cope.
Posted by Jen at 6:11 PM No comments: 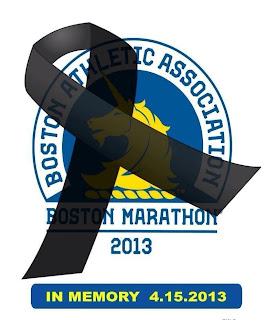 I'm still in shock and speechless, but I feel like I need to say something. I somehow need to get it out and make sense of what happened.

Simply put, my heart is broken. I'm sad. I'm scared. I'm disappointed. I'm offended. I didn't grow up in Boston; I spent my childhood 45 minutes away with occasional day trips to the city. But, I lived there for four years during college, and in this vast, crazy, sometimes senseless world, Boston is my home. It's the city my soul identifies with. 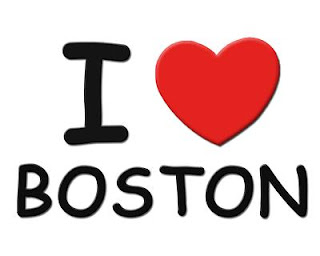 I wanted so badly to be at the marathon yesterday. I knew people running, and I was really excited about the race. I watched the elite runners via live stream at work. After I heard the news, I was immediately worried for everyone I knew that I was in the area, but then all I wanted was to be in my city. I still want to be in my city. I want to walk the streets I know and love and put my arms around them.

I devoured the news coverage yesterday afternoon, but after a couple of hours, I just couldn't listen, watch or read anymore. That numbing feeling I usually get when absorbing the coverage of tragedy never hit me. Each word was a fresh wound. Of course I want to know what happened, but no one knows right now, and I can't stand to see my city in pain.

A bloodied battlefield on the street I walked every day? It is unimaginable. Yesterday was Patriots Day -- a day commemorating the start of the Revolutionary War, over 200 years ago when those streets were battlefields. The significance is not lost. Boston was a strong city then, and it remains a strong city to this day. We have always held each other up and stood united, and we will continue to do so. 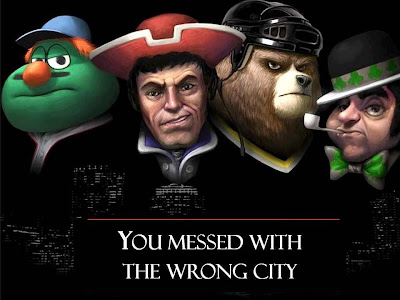 I can't end this post without acknowledging the marathon. I consider myself part of the B.A.A. family since I have run several of their races, and I am so upset that my family was hurt by this senseless act of violence. I am praying and hurting for the victims and their families, but my heart is also with all the runners whose incredible accomplishment, hard work and feat of strength has been completely overshadowed by this horrible event. I know no one cares about whether or not they finished the race, what their time was, or getting that medal, but I want them to know that they are in my thoughts and their strength has not been forgotten. I know many did everything they could to help immediately after what happened, and they made us proud.

Since running the B.A.A. half marathon in October, I have been thinking of tackling the marathon distance, but it scared me. Well, nothing scares me as much as what happened yesterday. I want to run Boston. And, now, after this, I want to run Boston in 2014. I'm not going to qualify, but I'd love to get a charity bib. Even if I can't, I'll run bandit. Every mile will be in memory of yesterday and all those affected.

I can't think of a better reason to run Boston.
Posted by Jen at 10:20 AM No comments: