Risk everything for love. 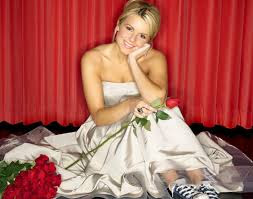 Eeeeeeeeeeeeeee!!!!! Did you watch The Bachelorette finale last night?
SPOILER ALERT!!!!!
*
*
*
*
*
*
*
*
*
*
*
*
*
*
*
I couldn't be happier. I was cheesin', totally cheesin'.
I'll be honest, after reading the blogs and People TV Watch, I really thought Ali was going to break down and not go through with it. I thought she was going to break it off with both guys. Even as the episode went on, I had no idea who she was going to choose until she started talking to Chris on their last date.
While I liked Chris, I agree with Ali that he's a great friend, but Roberto is husband material. I knew he was perfect for her when she kept saying how safe she felt with him. That is crucial. That meant the trust was there, so she could have faith in their relationship at the end.
I liked Roberto from early on when he took Ali out to the courtyard of the Bachelor house, dressed to the nines, to play catch with a baseball. I liked him even more when he danced with her in the middle of the street in Portugal. 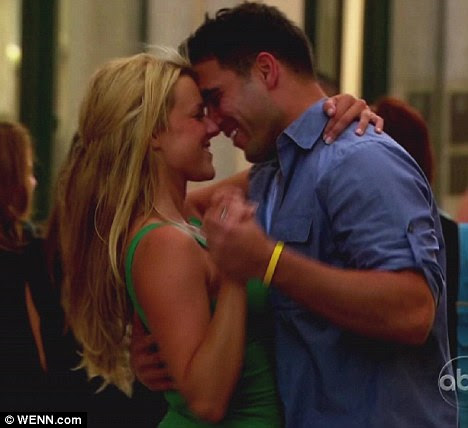 And it was so cute how he kissed her in the middle of the tightrope on their first one-on-one date, then righted her as she started to fall off.

Oh, and don't get me started on The Lion King. 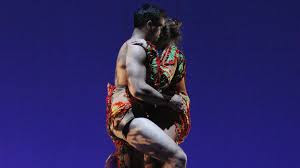 Chris was cute, but Roberto is sexy. The only thing Chris had going for him was the Massachusetts thing, and when he met her family, I really thought that might just slice the cake.
Every woman wants, and needs, a Roberto in their life. Right? Tell me: Is your man the Roberto in your life? Do you think Ali made the right choice, if you watch the show, of course? What would you do in her shoes, who would you pick?

Email ThisBlogThis!Share to TwitterShare to FacebookShare to Pinterest
Labels: TV

Roberto IS pretty cute. I feel bad for Chris though, because I really liked him. He's not quite as lighthearted as Roberto, but he was great in his own way!

Hi there! I came across your blog and love it!

I must confess I was leaning more towards Chris, but I didn't watch the whole season! They were both great guys though. I wonder how long it'll last.