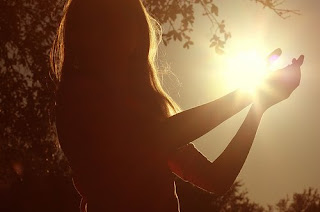 weheartit
I remember it clearly: it was a sunny, warm August morning. I was making my lunch to take to work, and I was feeling refreshed since I was going in late that day. My cell phone rang: Mom.

Pause. I was stunned. I stammered that I was on my way. I hung up the phone and dialed my boss to let her know I wasn't coming in. I grabbed my lunch and threw some extras in, figuring Mom and I would have snacks for the long day ahead.

My father had been on the transplant list and dialysis for five years when he finally got a call with a good kidney. Five years of struggling, hope, fear, scares, appreciating health when it might be too late, a changed life.

It was unreal, all day. I don't think it became real for me until he got home from the hospital, and I saw him eating a normal diet, saw the dialysis machine off and shoved in a corner.

Then, it became even more real... 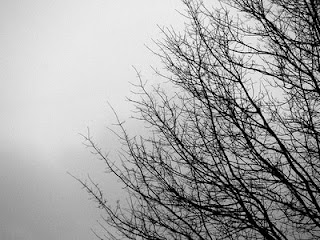 weheartit
It was a cold, gray October afternoon, and I was upset and frustrated because I had just had the cyst removed from my back, and I was tired of having stitches in my back. I sat down on the couch and cried, then I did what any girl would do -- I called my mom.


"Your father is in the hospital. They think he's rejecting the kidney."

Ok, tears again, and questions about why I wasn't called. I hung up the phone, and I cried. WHAM! Blind-sided, in the true sense. I really thought things were changing for the better; I really thought my father was recovering and doing well. I really thought he, my mom, me and my sister were getting our old life back. I didn't see this coming, at all, even though we all knew the risk was there. 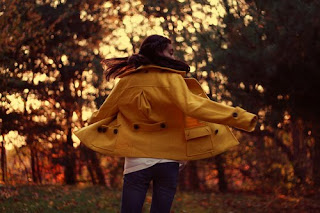 weheartit
My father stayed in the hospital for a week in October, and then he came home, to continue recovery.

There is always the chance of rejection; it never goes away, but it is better than the alternative. Now, my father is healthier, happier and more energetic. He can eat almost whatever he wants again. He can travel again (he and my mom are going to Disney World this fall). He is even considering going back to work, after not working for over five years. He is free.

Prompt #5: Who blind-sided you? Write about a time someone caught you totally off guard.
Posted by Jen at 5:00 PM

What a story! Your father and your family are survivors! Thank you for sharing.

wow! i'm so glad that it turned out for the best!! your dad is a fighter!!

This post gave me the chills. I will be keeping you and your family in my prayers. Your father is such an inspiration and I am glad that you have been brave through it all. Hugs for you!

I am so glad your father is doing well! I can only imagine how scared you must have been during that time.

Wow...this made me teary...what a strong father and family you have! I'm so glad he's doing well and you are appreciating every moment, thank you for the reminder. xoxo

This happened to me 2 years ago, I logged onto Facebook one morning to chat to my best friend, she told me that she had just been diagnosed with Breast cancer, that the doctor had given her a 30 per cent chance of surviving the next 6 months. She told me that in two days she was having breasts removed and that she did not want to die. She was only 33, had two small children and had had a really hard time in a previous abusive relationship. Her life was turning positive again and this happened.
I was at a complete loss I can tell you.

Thankfully I chatted to her on Facebook this morning.

I like that point of view - blindsides keep us thankful. What a great way to look at it. I love that quote that says - if you can't change a situation, you can change the way you think about it. Thanks for another view! I'm glad your dad is doing better. Many hopes that he will remain that way!
***Ally
Stopping by from SITS

Ah, that was a wonderfully written post. Made me tear up. You are such a great writer, and I'm so happy to read your father is healthy again. Stay strong, and appreciate every moment.
xx

Together We Save said...

Stopping by from SITS to say hello... I am so glad I did. What an amazing story. You are a great writer.