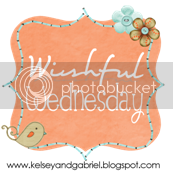 'I wish' .... I was fluent in another language in addition to English, and it would be FRANCAIS!

Ok, I have to admit that I had the opportunity to be fluent in French, and I did not take advantage. I studied the French language and culture for seven years between middle and high school, and I had good intentions of continuing my study in college -- even so far as studying abroad in France -- since I loved the language, and I was good at it.
Before I started my freshman year of college, I found out that I placed above the foreign language requirement for my major, so I decided I would take first semester off from French since it didn't really fit into my schedule anyway. Well, it didn't really fit second semester either, and then sophomore year, I didn't want to have to go to language lab EVERY DAY, which was required for all foreign language classes at my university. So, guess what? I never took another French class again!
Looking back, I regret my laziness. I've retained some basic French, but no where near the profiency I was at; plus, I missed out on going to Paris! Silly college student.
I don't know why I love French so much. I guess because it came so naturally to me after studying ballet for 16 years -- a lot of the vocabulary was intuitive after dancing. I think it's such a beautiful language, and I get sad whenever I recognize people speaking in French that I can't understand them.
I kept my French workbook, and I might go back to it someday, or maybe I'll take a class. Then I'll reward myself with a trip to the French countryside!
I think this is a really cool Wishful Wednesday topic, so I hope you'll join in; I think it will showcase the diversity in our community! So, visit Kelsey's blog (click her button above) and post about what language you wish you were fluent in!
Oh, and to recognize the Spanish language, which I also studied for year... HAPPY CINCO DE MAYO MI AMIGOS!
Posted by Jen at 7:57 AM

Aw, I think French must be a bit difficult to learn, and I'm kind of happy it's my mother tongue... I wouldn't have the patience to learn all the different verb tenses, and grammar rules... ugh! But it's never too late to learn! Learning a language is so much fun. I'm loving learning Japanese... it's such a big challenge, but it's fun! xx

Isn't it sad how much time it takes to learn it but how quickly it leaves you?

It's funny how we aren't interested when we have the chance, and then mature and really wish we had!