O'er the land of the free and the home of the brave... 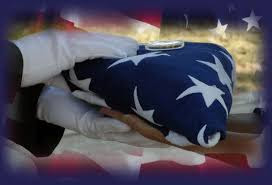 Oh, say can you see by the dawn's early light
What so proudly we hailed at the twilight's last gleaming?
Whose broad stripes and bright stars thru the perilous fight,
O'er the ramparts we watched were so gallantly streaming?
And the rocket's red glare, the bombs bursting in air,
Gave proof through the night that our flag was still there.
Oh, say does that star-spangled banner yet wave
O'er the land of the free and the home of the brave?
Ever since my grandfather died on September 11, 2002 -- the first anniversary of that dreaded day -- the last line of our National Anthem chokes me up every time I hear it. I think the reason behind it is stated perfectly in the reflection I chose for today from Elmer Davis: "This nation will remain the land of the free only so long as it is the home of the brave." My grandfather was brave, and he served in the name of freedom for this country he loved. His ship was one of the first to arrive in Hiroshima after the atomic bombing; he was one of the first to witness the devastation and the pain. That ship also issued his death sentence. He died from a form of lung cancer caused by exposure to asbestos... from the ship he served on. I think of him today, and I think of all those who serve and have served our country in the armed forces. They define bravery for the rest of us, who often forget what it really means.
So many people are posting amazing things on Facebook today in observance of Veteran's Day. I wanted to share some of them.
A veteran is someone who, at one point in his life, wrote a blank check made payable to The United States of America for an amount of "up to and including my life." Freedom isn't free.
The soldier, not the reporter, gives you freedom of the press. The soldier, not the poet, gives you freedom of speech. The soldier, not the campus groups, allows you to protest. The soldier that salutes the flag, serves the flag, whose coffin is draped in the flag, allows protesters to burn the flag.
Today is not just a day off from work or school. Today is one day, that should be like every day, where you thank the people who have served this country with their courage and heart. Don't let today pass without thanking at least one of these brave souls.
God bless America and all those who protect her.
How are you acknowledging Veteran's Day?
{Image via Guardian of the Redeemer}
Posted by Jen at 11:46 AM

I saw that post about the check "up to and including my life" too and it got me a little teary. I wish more people appreciated Veteran's Day for what it is, instead of just another holiday.

Jen! First I would like to say I really liked your tribute. My dad was in the Air Force so I am always grateful when people take a moment to appreciate our veterans and their sacrifices. Second, you won the contest! I was at Walt Disney World and it was lovely! Send me an email, thegloriouspursuit [at] gmail.com and let me know how you'd like me to send your prize :)