Jet 'til You're Blue! 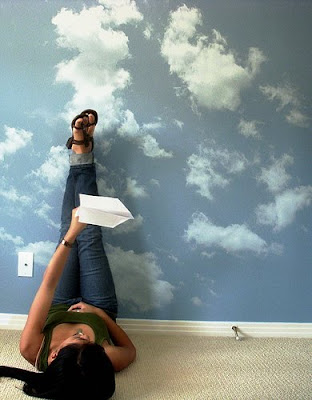 Photo by innaminnafly on Flickr
I am seriously considering taking the entire month of September off to fly Jet Blue around the country with Jed! Don't think he's going to go for that though since we'd still have to pay for hotels and food and entertainment. That could be quite the expensive voyage after all, but I have such a hard time passing up great deals like this one! Especially when they involve travel! Thanks to Jo for bringing this to my attention in her blog!

Let's pretend... Where would I go? I have four weeks, averaging two destinations a week. That's eight destinations...

After some tough choices (I wanted to revisit too many places I've already been), this is where I'd go (in alphabetical order, not chronological). In half of the places, we have friends we can stay with, and we already have the hotel paid for in the fifth destination, which leaves just three places we'd have to find hotels! 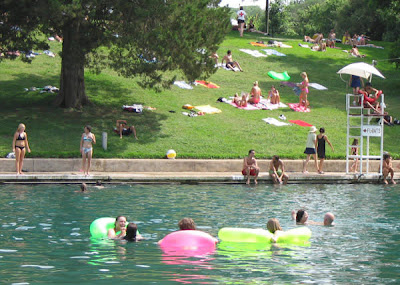 Austin, TX: Always heard such great things about Austin and have wanted to check it out, especially since seeing Samantha Brown's Great Weekend in Austin! I would use her three-day itinerary as my guide, including a dip in Barton Springs Pool. She said it was cold, but I'm sure it would feel lovely this time of year in steamy Austin! 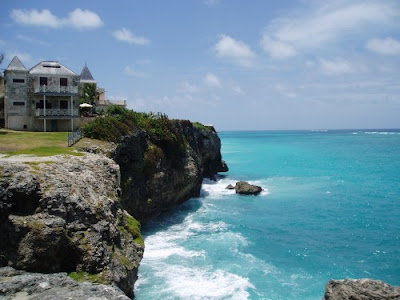 Bridgetown, Barbados: We stopped here on a cruise last year, and the only thing we got to do was sail on a catamaran to snorkel with sea turtles. Ha, only! I make it sound like that was such an insignificant experience (it wasn't!). But, I want to return to the "most beautiful island in the Caribbean" to really explore: see the town, spleunk in a cave, drive the coast, lay on the beach, and meet up with our taxi driver Kim. 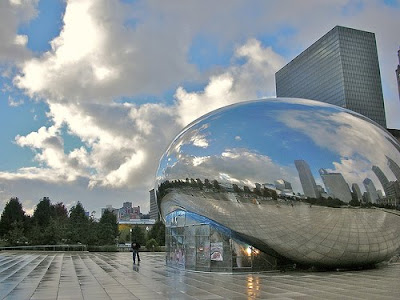 Chicago, IL: You just have to see the windy city and my friend Bernie! I haven't seen him in forever and really miss him. It would be great to have him show us his new city. Plus, I really want to have my picture taken with The Bean! Isn't it the coolest photo op ever? 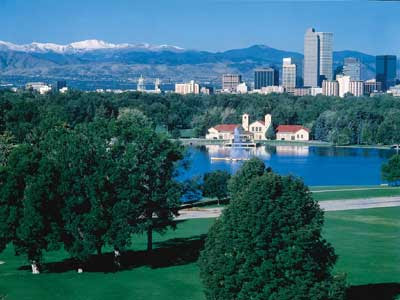 Denver, CO: I've seen pictures, and it's beautiful. Granted, I won't be able to ski, but as in Chi-Town, we have friends here to visit, two of which just got married! 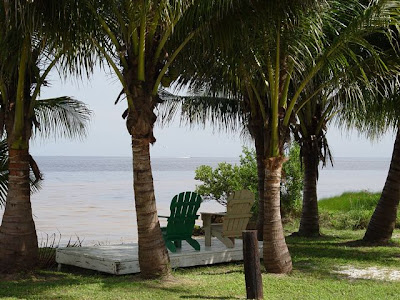 Ft. Myers, FL: Not much here except maybe a couple nice beaches... and my pregnant cousin! I haven't been down to visit her since she moved last June and bought a house with her new husband. 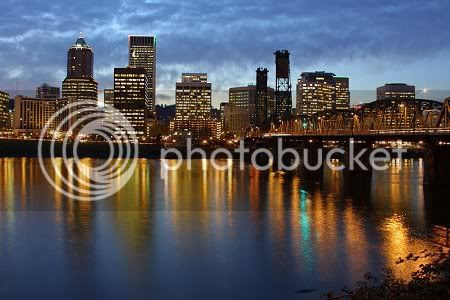 Portland, OR: Never realized I wanted to go here until I could work it into this trip of mine... why not cross all the states on the West coast off my list? 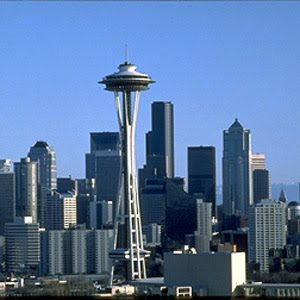 Seattle, WA: Again, everyone says it's beautiful (I'm skeptical because of the weather, I hate cool and rainy). We also have a dear friend from high school in Seattle who practically begged us to come visit. I want to see the Space Needle... and Starbucks! 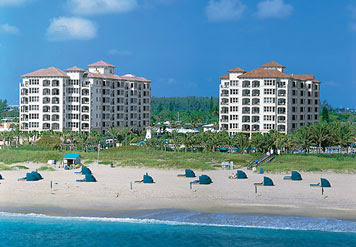 West Palm Beach/Palm Beach, FL: We're planning on hitting up swanky Palm Beach the last week of September anyway, and we've already paid for the resort, Marriott's Ocean Pointe vacation club.
Where would you go?
Posted by Jen at 8:02 AM