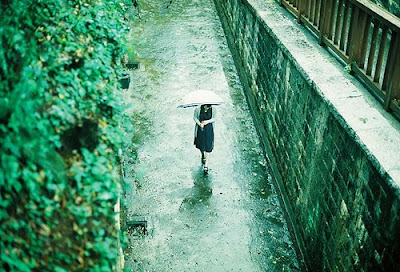 via
I just got some very sad news, and I'm not sure how to take it. One of my old coworkers who sat next to me for the first year I worked at my company (dropping sunflower seed shells all around my desk, no less) died last night when she was hit by a car in Brooklyn, NY. I can't yet grasp the tragedy of this event. She was such a lively, optimistic, friendly person that anyone was glad to know who did. It reminds you how fragile life really is.

By Kerry Burke and John Lauinger

A 29-year-old woman was in critical condition Monday night after she was mowed down by a Mercedes-Benzwhile trying to cross a busy Brooklyn street during a rainstorm, police said.

The woman had just stepped from the sidewalk onto Eastern Parkway in Crown Heights when she was struck by the silver Mercedes traveling westbound, police and a witness said.

She was attempting to cross the major thoroughfare at Nostrand Ave., and the force of the collision threw her some 25 feet into the roadway.

Her sneakers were knocked off her feet and landed several yards apart. The Chinese food she had been carrying was splattered on a bike path along a roadway median.

"The accident was very bad. She was laid out on her back," said witness Delicien Estime, 43.

The woman, who was not immediately identified Monday night, was in "extremely critical condition" at Kings County Hospital, a police source said.

The crash was ruled an accident, but the driver, Pedro Hazel, 71, of Brooklyn, was taken into custody and issued a summons for driving with a suspended license, police said.

Hazel told the Daily News the woman crossed against the light. "She stepped out in front of my car," he said. "It was terrible."

Email ThisBlogThis!Share to TwitterShare to FacebookShare to Pinterest
Labels: life

That's so sad, my thoughts are with you and all who knew and loved her.

Oh my gosh Jen, I am so sorry. How sad, and what a reminder how short life is...coming out of a chinese place, that could be any of us. Sending you hugs today.

I also wanted to thank you for your words on my blog. Your comment made me cry, simply because I felt like you truly understood where I was coming from, and I can feel your support, so thank you.

wow I am so sorry to hear that, you will be in my thoughts and prayers.

I'm so sorry for your loss! What a terrible tragedy. I hope you can find some comfort!

I just want to thank everyone for the outpouring of support in your comments. Your words have truly made me feel blessed and realize what a special community surrounds us all here.

Jean will be missed, but she has inspired us all in how to live.

thanks so much for the sweet comment about my new bloggy dress! much appreciated!! :D